The structure and the environmental context:

Our client here is Stonehaven Farm in the Western Cape. They have a small working farm, where they produce organic vegetables, some aromatic oils, and a bit of honey. They keep chickens, mainly for eggs, pest control in the vegetable garden, and compost additive (in the form of chicken manure).

They have two main houses (mainly for family), some staff quarters where roughly 6 staff members operate during the day (staff lives off-site), and also 2 guest cottages that are rented out from time to time. Each guest cottage can accommodate 4 persons.

Access to the site is via a narrow and steep single-vehicle gravel road that becomes a bit tricky to traverse during adverse weather conditions and it would, at times, be impossible to reach the site with a vacuum tanker to service any conservancy tanks. Also, the farm wears its ecologically sensible agenda on its sleeve, so to speak. Therefore they try to re-use and recycle whatever resources they have on the property.

The farm is on a slight slope, so we had the opportunity to install a sewer network all over the farm, collecting sewage (by gravity) from all the locations on the farm. The sewage is sent to a primary tank and from here on to a 15PE ECOROCK plant. The final effluent is split in a 50/50 ratio, the one part being sent back to the primary tank and the other part pumped uphill to a storage tank. The treated effluent in the storage tank is used to water the composting site daily.

The plant has been working since August 2018. There was a relatively slow uptake of treatment capacity as the development of the farm was completed but currently, the plant is taking roughly 700 liters of sewage per day over weekdays, with increased volumes during weekends and holiday periods. The final effluent storage tank is a 2000 liter tank, so the farm is forced to use the final effluent that is in storage every day to prevent the final effluent tank from overflowing, which is what we want from a final effluent storage perspective. The client is diligent in calling us out for servicing regularly. During services, we would typically check the status of the primary tank, check and clean the distribution manifold in the top of the ECOROCK tank, check the functioning of the 2 pumps in the system, check and clean the UV sterilizer and take samples for analysis.

The farm’s sewage is completely off the client’s radar and they re-use every liter of potable water that is used on the farm. The installation is shielded by plants by now, so it is visually unobtrusive. The plant has no smell whatsoever and is whisper-quiet, with the exception of the final effluent pump that comes on from time to time. 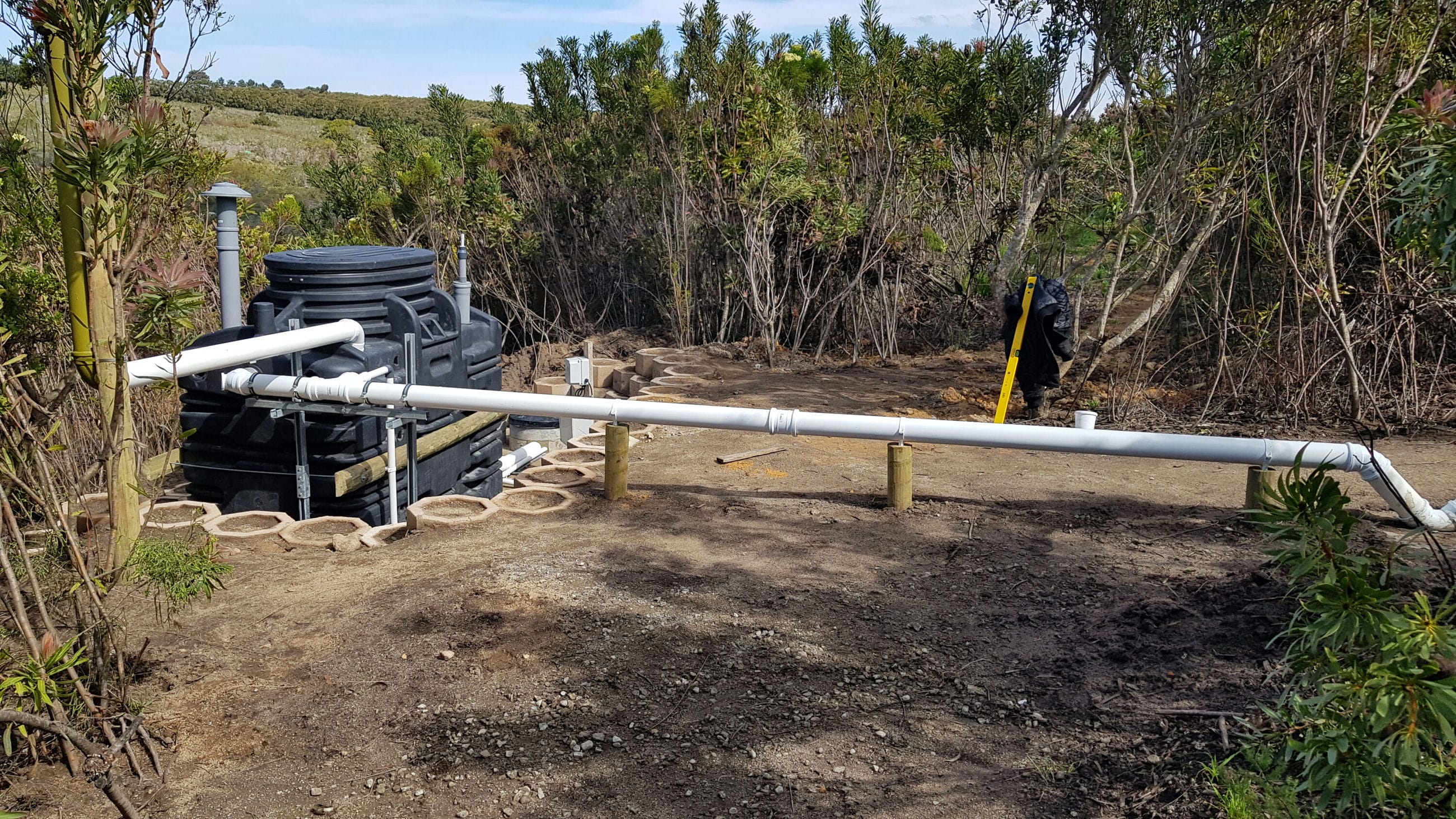 The ECOROCK was installed in an above-ground manner in order to minimize digging – the soil is very rocky in the area. 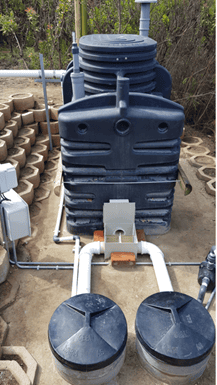 Doorgaan
Your experience on this site will be improved by allowing cookies.